I first read the brilliant novel A Monster Calls written by Patrick Ness almost two years ago. Immediately after finishing the last page I went to my son and told him that we were going to read it together. That night I began it again, reading it out loud to him. The novel so moved my soul and held such deep truths and insights for a young boy to be introduced to that the reading of this book with my son became one of the mile markers in both his and my own life.

Needless to say, I had been looking forward to this film’s release for over a year and a half. For me, it had become the most anticipated releases in quite a while. When it came out, my son and I went to see it together and even after reading the book were not ready for what we had walked into. We were transfixed for every moment and both sat in silence as the credits rolled with tears on our cheeks, not from sadness, but from the sheer power of the life-affirming beauty found within this film.

On the surface A Monster Calls is a film about a young boy that is bullied and befriends an invisible tree monster who tells him spectacular stories.Under the surface, we find a much deeper story… a story of a young boy learning to cope with grief and coming to grips with a devastating tragedy that is occurring in his life. His father has long since left for a new life in America and his young mother is dying of an unnamed illness, which is presumably cancer. Conor is left to live with his absent grandmother whose house isn’t the only thing about her that is far from kid-friendly.

A giant tree monster occasionally comes to visit Conor and promises hopes of helping him and shares with him wonderful, if not ambiguous, fairy tales of others who found themselves in an uncertain position. When Conor expresses frustration at not understanding these stories the Monster explains “Humans are complicated beasts. You believe comforting lies, while knowing full well the painful truth that makes those lies necessary. In the end, Conor, it is not important what you think. It is only important what you do.”

This is, ultimately, the help that Conor needs. While inwardly he may understand the inevitable end of his mother’s sickness, outwardly he is refusing to accept the dire outlook. His great miracle is when the monster finally gets Conor to open up and “tell the truth” to himself which is what the monster describes as the “fourth story.”

A Monster Calls is a glorious film. Its special effects and cinematography are beautiful and each performance is perfect. It is one of those rare stories that is saturated in sadness and yet still somehow is able to reverberate with hope. There is so much to learn from this film.

First, self-control is among the most powerful of weapons. For so long Conor has suppressed his pain and emotions and when he occasionally does let them out they are externalized in fits of rage and violence. When we refuse to tell the truth to ourself we not only hurt ourself but we will eventually hurt those around us.

Second, suffering is a part of life and we must choose to accept it and allow others in to walk through it with us. Until the very end Conor is unyielding in his belief that his mother will get better. Because of this misguided belief, he never lets anyone get close enough to speak truth or truly give him the help that he needs. The most painful result of this is that by trying to hold onto his mother, he actually pushes her away and doesn’t get to enjoy the time he does have with her.

Third and most powerful is that surrender is needed to fully experience freedom. When it is all said and done the Monster says “Now all that is left is for you to speak the simplest truth of all.” and pushes Conor to the understanding that holding on tight to his mother he can finally let her go. In so doing he also becomes free from the slavery of fear, grief, and uncertainty. Only when he finally gives up and surrenders his will to the Monster’s is he able to truly feel love, hope, and in his own way… salvation.

A Monster Calls is a powerful and devastating masterpiece with an uncommon and poetic vision that is a thought-provoking experience into the beauty of grief and the hope in surrender.

View all posts by ryanjantz 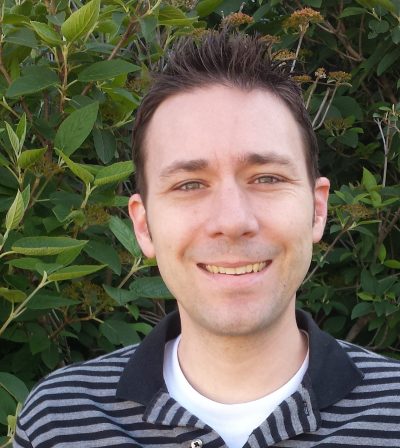 I love Jesus and I love film. I especially love it when you can find Jesus in films. This blog is dedicated to discovering and discussing films that beautifully, uniquely, and artistically cause us to think about God and contemplate Christ on a deep and profound level.